L.A. Marijuana Factions Fight Over Their Pot of Gold 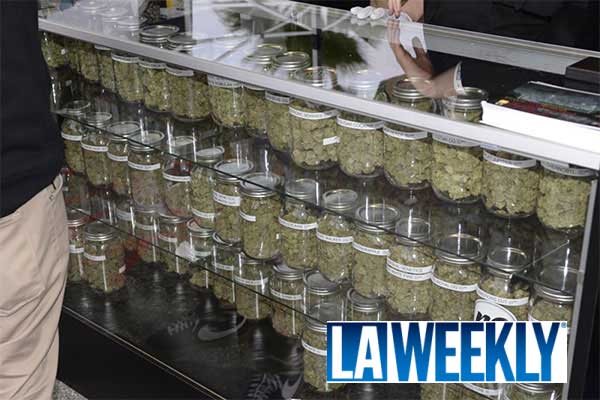 If California voters back Proposition 64 to legalize marijuana in November, the state will have the lowest statewide excise taxes on weed in the country.

Aside from the obvious response—cheaper legal weed!—this is an important development that shows California policymakers have learned from the mistakes made in some other states that went down the legalize-and-tax-it route in recent years. Lawmakers in Colorado, Washington and Oregon have already considered reductions to their states’ marijuana taxes after finding that high tax rates—each of those states have rates of at least 30 percent for recreational marijuana—did not shut down black markets for weed.

California has a robust black market for marijuana, of course. With that in mind, Proposition 64 contains a more modest 15 percent excise tax on recreational marijuana and would do away with the existing use taxes on medical marijuana. There would be no tax on marijuana grown for personal consumption but a per-ounce cultivation tax applies to buds and leaves sold by growers to distributors.

Even with a lower rate—or perhaps because of it, depending on how the Laffer curve applies to marijuana—California could be looking at more than $1 billion in weed-related revenue within a few years after legalization, the Los Angeles Times reported this week. That’s more than six times the amount that Colorado collected in 2015, a sign of just how large the marijuana market in California could be.
Here’s how the statewide taxes break down, courtesy of a new report from CalCann Holdings LLC, which helps marijuana-related businesses navigate California’s legal and regulatory framework:
 
But the state excise tax is only one part of the story, as the CalCann Holdings report details. Cities across California already have a myriad of taxes on medical marijuana and a similar patchwork of local taxes for recreational weed could be possible if Prop 64 passes.
There are essentially three types of cities looking to tax marijuana, according to the analysts at CalCann. Progressive cities likely to welcome the marijuana industry will set low rates, like the 2.5 percent tax rate on medical marijuana currently found in Berkeley and Stockton.
Other governments less welcoming to the end of marijuana prohibition might be inclined to pile on the taxes in the hope of keeping marijuana businesses out of the area—effectively outlawing legal marijuana and letting the black market continue to operate (it should be noted that Prop 64 also allows local governments to outlaw weed even if it is legalized statewide).
The third group is probably the most interesting—and potentially the most worrisome. CalCann Holdings says deeply indebted cities could welcome marijuana-related businesses as sources of much-needed tax revenue.
But high local taxes could offset the benefits of California’s comparatively low statewide tax rate, something that is already worrying supporters of Prop 64.
“If we’re getting up to 30, 35 percent tax, yeah that’s when people are going to stay in the illicit underground market,” says Lynne Lyman, California state director for the Drug Policy Alliance, who discussed the taxation issue in a wide-ranging interview with Reason TV earlier this week. She says the message advocates are sending to local govenrments is “we know you need money for everything. Don’t go crazy. Start low.”
Assuming, as all this does, that Proposition 64 is approved in November, that’s good advice for cities in California to follow. On top of concerns about keeping some or all of the marijuana market in the shadows, high taxes will limit the potential economic growth from new investment in the cannibis industry–bringing growth and jobs that California sorely needs.