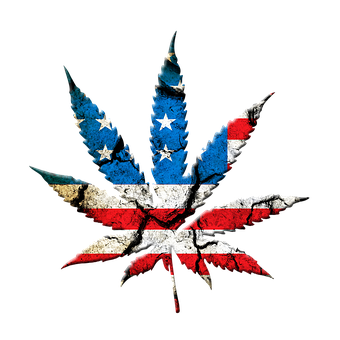 The state of affairs for cannabis real estate in California is excellent: with the passage of Proposition 64, more and more dispensaries are opening up as the state becomes one of the latest US states to legalize marijuana for recreational and medical purposes. But what about the states where cannabis is still illegal?

Vermont Governor Peter Shumlin decided to pardon one hundred and ninety two people with misdemeanor marijuana convictions this week. It was his hope that the pardons would help people see past the stigma of marijuana use and the struggles that accompany it in states where recreational and medical usage remains illegal.

It was one of Governor Shumlin’s final acts in office when he forgave nearly two hundred out of four hundred and fifty people who had asked for a misdemeanor marijuana pardon. This fulfilled a promise that the governor had made early last month to consider pardoning anyone who applied by Christmas.

Nobody can deny that attitudes and laws regarding marijuana use are quickly changing, and amazingly still, there is a harmful stigma associated with it, noted the Democrat in a statement Tuesday. It was his goal to help individuals overcome the struggles that all too often go along with using marijuana in a non legal state.

Of course, utilizing cannabis where it is not legal runs the risk of incarceration, which is a nightmare in and of itself. Then, after release from a sentence, someone using this nonaddictive, non-harmful substance will have trouble finding a job, or a place to live with a criminal arrest in their background.

Young people who have been caught using cannabis in a non legal state stand to have their futures ruined, in fact, as they will be hard pressed to be accepted to college.

Under a 2013 state decriminalization law, those who did not apply for a pardon can still apply to have marijuana possession convictions stricken from the record – expunged, through a court process.

Governor Shumlin personally supports legalizing marijuana, and uses this platform as the basis for his pardons. Like many others, he feels that the “War on Drugs” has been an incredible failure. His successor, a Republican urges caution, though he has communicated that he may be open to legalization one day. He supports the pardons of Governor Shumlin.

Although those receiving the pardons were ranged in age from 22 to 69, most were younger than 40, meaning that the governor likely had the opportunity to turn some young lives around. The story is much different when you consider cannabis real estate in California.

While cannabis real estate in California holds steady, Californians should step back and appreciate the liberty they are afforded, as well as the young men and women who have received pardons for possession of marijuana in Vermont. In the wrong state, your life could literally be ruined, for using harmless green plant.