Chris Francy, Chief Operating Officer of CalCann Holdings is Proof that Cannabis Real Estate in California Will be a Success Story 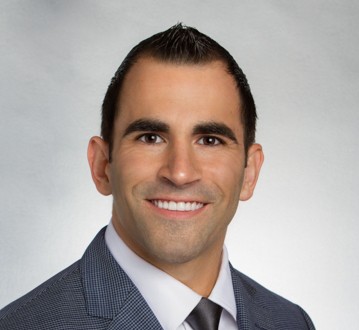 Chris Francy, Chief Operating Officer of CalCann Holdings is Proof that Cannabis Real Estate in California Will be a Success Story

Chris Francy founded Xoxide Inc, an award winning corporation ranked #104 on Inc Magazine’s top 500 fastest growing companies list, and has been honored by President Obama, receiving the “Young Entrepreneur” award during a White House ceremony. But the story doesn’t end here. Since January 2015, Francy has been involved in cannabis related transactions to the sum of over $20 million. His story mirrors that of the cannabis real estate story: a story of success.

Legal cannabis does not just benefit medical patients and advocates. It can also work out very well for the players in the commercial real estate industry. It wouldn’t be far fetched to say that with so many regulations and obstacles in the way, owning your real estate is the only thing cannabis operators CAN control.

For marijuana real estate investors, this is good news. The market has proven lucrative states that had legalized usage in the past:

Let’s take a look at sales in Colorado around 2014, two years after Proposition 64 in the state was approved. Marijuana sales reached $700 million, which jumped to a staggering $966 million just a year later. Around the same time, Colorado warehouse vacancy rates plummeted from 7.6% in 2011 to 3.1% in early 2015.

As it turns out, the warehouse market is doing very well in Colorado, in case you were wondering. Average asking rates for industrial properties in the northern area have reached $8.40 this year. Real estate investment experts have stated that the cannabis industry had driven up cost of warehouse space by 60% and increased lease renewal rates by 25%.

Some real estate experts projected that California real estate would be in demand in the coming years when the state’s own Proposition 64 was being discussed. Francy was one of them, electing to be a partner at CalCann Holdings, an LLC that is currently putting together a portfolio of cannabis properties in California that are eligible for a state MMRSA (Medical Marijuana Regulation and Safety Act) license.

CalCann leases licensed properties to experienced and recognized operators, and is considered to be creating a new real estate vertical, addressing the cannabis industry’s specific needs. Chris Francy has his success story, and if California is anything like Colorado, the cannabis real estate industry will be a story of success too.