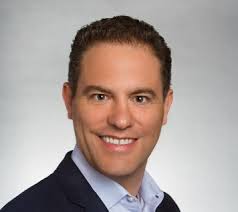 For CalCann, Herzberg has raised over twenty million dollars in investment capital for his projects at CalCann in a short period of time – since January 2015. Among these projects are two licensed dispensaries located in Santa Ana, California – “OC3” and “Bud and Bloom.” Another impressive project is the 42,000 square foot licensed processing and cultivation greenhouse in Desert Hot Springs, CA. Currently, CalCann is acquiring a 180,000 square foot greenhouse located in Montery County and is in escrow for a property in Lynwood, California – over 110,000 square feet of real estate where they plan to process and cultivate cannabis concentrates.

Herzberg has served on Long Beach’s Medical Marijuana Task Force and is a founding member of the Cannabis Industry Association of Nevada. Herzberg was selected as a Super Lawyer in 2015, a distinction that only the top five percent of lawyers in the country are afforded. He is also a recipient of an AV Preeminent rating from Martindale-Hubbell.

Herzberg has been interviewed by Forbes, the New York Times and Rolling Stone for his knowledge of the cannabis industry. Business Insider, Equities.com, Inc magazine, the LA Times, High Times, Marijuana Business Daily, the Daily Caller and Reason.com have also featured Mr. Herzberg in their articles for his insider knowledge on cannabis policy.

CalCann Holdings, LLC is putting together a portfolio of cannabis properties in California that have a municipal license, which makes them eligible for a state MMRSA license. (Medical Marijuana Regulation and Safety Act). CalCann leases these licensed properties to seasoned and recognized operators.

CalCann is an equity buyer of commercial and industrial real estate and a landlord that has expertise in the operational, zoning, and regulatory operational challenges that are unique to the new cannabis industry.

Aaron Herzberg, and his partners at Calcann believe that as cannabis legalization in California steadily advance, (the largest cannabis market in the world) will increase opportunities to acquire properties, retain and attract strong tenants and build value for their investors. Herzberg’s success speaks for itself, and CalCann can only gain more success in the future.