CalCann Holdings Emerges as a Strong Voice Amidst Trump Crackdown 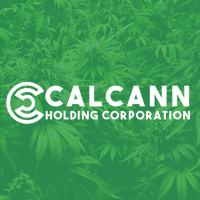 As President Donald Trump’s administration made comments this week that alluded to promises to crack down on adult-use marijuana, CalCann Holdings emerged as a strong voice.

House Press Secretary Sean Spicer announced on Thursday that there has been a definite line drawn in the sand now in terms of medical vs. adult-use/recreational marijuana. Spicer in his comments cited that there could be a danger in “encouraging people” through the legalization of marijuana for recreational use, citing the spread of opioid addiction across the country as a justification.

While there doesn’t seem to be any threat of action taken against states who have legalized medical marijuana, Spicer’s comments served as a partial answer to the question of how the feds would tackle the issue of recreational marijuana legalization once Trump’s administration took the reins.

CalCann Holdings is a leader in the legal marijuana industry in California, its partners Aaron Herzberg and Chris Francy being large players in the events leading up to and following the passing of Proposition 64. They own two dispensaries in California, OC3 and Bud & Bloom, which have been praised for their design as well as customer experience.

By providing extensive legal experience and legal insight, CalCann Holdings supports its clients who are in the legal marijuana business find properties for their cannabis business in California, and also helps with the licensing processes that can often be complicated for entrepreneurs. CalCann and its partners remain at the forefront of emerging marijuana legalization news and remain strong and vocal advocates for marijuana legalization at both the medical and recreational levels.