Cannabis Real Estate in California Has Lawmakers Warming Up 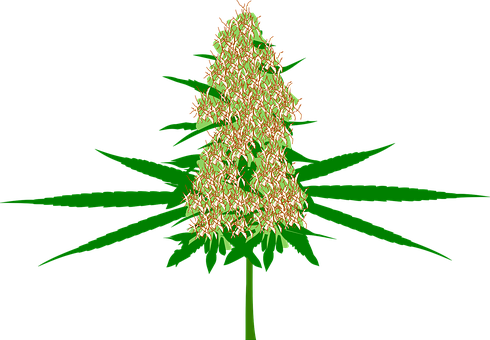 Around the country, lawmakers and the public alike have been warming up to the idea of marijuana reform. There are countless incentives to introduce laws, one being economic growth. Cannabis real estate in California and other states who have approved recreational usage is in demand, and the demand is only expected to grow larger. As far as other states who have not legalized usage of any kind, hope is not lost. In fact there is more room for hope than ever before. Even Republican lawmakers are jumping on the marijuana reform bandwagon.

Latta was diagnosed with multiple sclerosis in 1978, and had made his way out to Billings, Mont., a few years ago, seeking treatment for symptoms that were plaguing him like the spasticity he experienced in his legs. Although the doctor in Billings recommended medial marijuana as therapy that had potential, it was illegal in his home state. He declined.

A second physician prescribed clonazepam, a widely known benzodiazepine, and what he was told was the best medical option available. After an MRI demonstrated that his MS was dormant, he stopped taking the clonazepam.

At this point, Latta began showing symptoms of benzodiazepine withdrawal – sweating, loss of appetite and an inability to sleep. The physical withdrawal from this drug has been shown to cause seizures, even death.

Latta now laments the illegality of cannabis, disappointed that Wyoming lawmakers are alright allowing people to take habit-forming drugs, but not marijuana. Although as a former lawmaker, he remains realistic about the chances that the NORML petition may not be represented in a bill, he doesn’t plan on quitting until he accomplishes his goal to legalize medical marijuana and hemp cultivation.

However, as of last Thursday, there have been at least five hemp and marijuana-related bills proposed in the state legislature. And Wyoming residents might just be ready to loosen the prohibition on marijuana. A poll released in October found that 81% of Wyoming residents supported medical marijuana, while forty one percent showed support for personal use. Additionally, 72% of state residents supported decriminalization.

At a time when public support for cannabis reform is on the rise, Latta’s new role is a makeover for this NORML chapter. Latta wants to build relationships with the public and with lawmakers. He has stated that he will stay in Cheyenne for the rest of the legislative session (expected to continue through March), and plans to visit with lawmakers each day.

The success of cannabis real estate in California and other states like Oregon is also giving lawmakers good food for thought. With the publics’ growing enthusiasm about the legalization of marijuana, there will likely be an economic boom. Cannabis real estate in California, a state that recently legalized recreational use, is on the rise, for example. 2017 may be a landmark year for marijuana reform, and therefore, a landmark year for the economy.